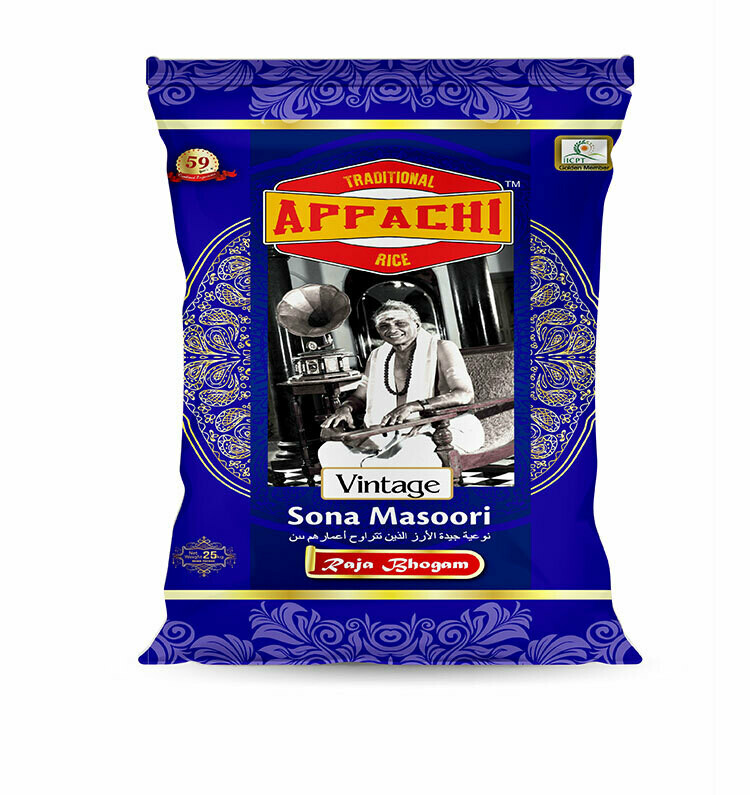 Sona Masoori is a Medium grain Indian White Rice which is grown in Andhra Pradesh and Karnataka. It is also known as HMT Rice in which the paddy is produced from the State of Maharashtra. It is also circulated in the name of BPT 5204 and Samba Masuri, It is usually cultivated in fertile and well-irrigated agricultural regions in Kurnool, Warangal and Nellore, which are the leading rice producing areas in Andhra Pradesh. Being lightweight, low on starch, and having an induced aroma are some of its worthy characteristics. It doesn’t have fibre content but this absence is rectified by an equivalent carbohydrate which gives a calorie intake. This Rice regulates the operation of the Brain, Heart, Liver and Kidney. The Dietary guidelines of America on 2010 recommended that calorie content from carbohydrate should be from 45% to -60% for which this rice is an excellent suggestion. Sona Masoori rice is free from Fat and Sodium which is a key must for people on diet.

Save this product for later